Lassman & Co., Ltd. - Makers of Barware and Other Items

Lassman & Co Ltd was founded by Samuel Lassman on December 31, 1941.  After World War II, the company manufactured a number of items designed or invented by Samuel Lassman.  These included: Paperweight collectors are particularly interested in the paperweight handled items, which include the following pieces:

Aside from the glass paperweight handles, all the other parts were made at the Lassman factory in the Kilburn borough of North London.  Assembly also took place there.  The firm was located in a converted townhouse at 306 Kilburn Lane.  The site is now occupied by Jugg Foods.  It was never a large firm and at its peak employed about ten people including managers. 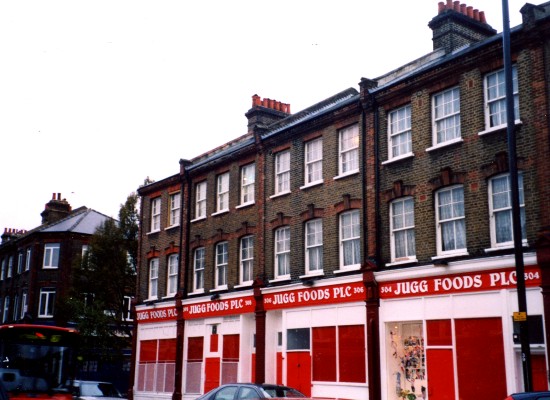 Shown below is a collection of objects still in the Lassman family collection.  Note in particular the previously unknown configuration with a paperweight mounted on a brass base. 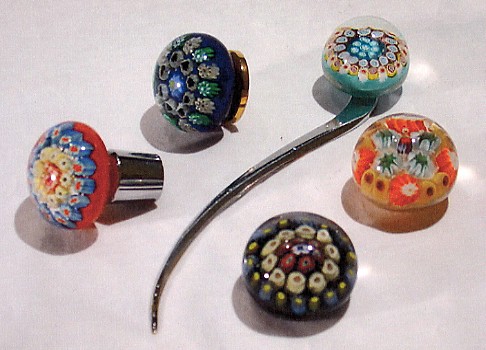 Not all items made by Lassman had paperweight handles.  A corkscrew collector has kindly provided this picture of a mechanical corkscrew with a metal handle and it's original box: 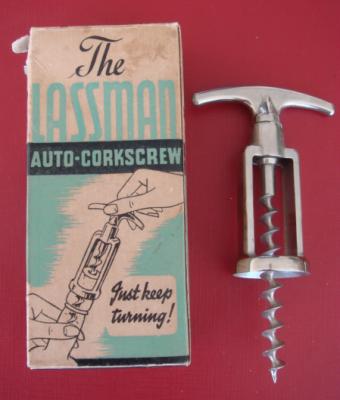 Prior to World War II, Samuel Lassman was a master jeweller working for Garrards, the Crown Jewellers.  He worked on the Crown Jewels for the coronation of King George VI, who was became King when King Edward VIII abdicated on December 11, 1936.  The coronation was on May 12, 1937.  Below is a picture of Samuel Lassman remodeling the Queen's Tiara. 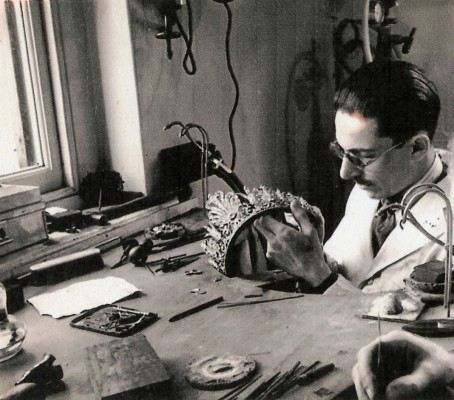 Samuel Lassman's son, Malcolm Lassman, was the Managing Director director of the company in the 1970s and 1980s.  Another son, Lionel was also involved in the company for a few years and was also a director.  In 1986, Jack Halsey, acquired the firm and moved it to Watford in Herts where it continues to make padlocks and other products under the name Lawrence Churchill  Ltd.  Jack had previously been the foreman and manager of the company after Samuel Lassman died in 1971.

Special thanks to Malcolm Lassman who provided much of the information and some of the pictures for this page.

If you have any comments or information, please e-mail me at: aport@paperweights.com

Back to Allan's Paperweights (www.paperweights.com)